Best LoL Kha'Zix Build for patch . Check out the most used Build, Items, Boots, Skill Orders, Spells and learn how to play Kha'Zix.

50%
Kha'Zix is weak against

How to play Kha'Zix

Assassin is in a good spot in the current meta of season 12. If you want to learn how to play Kha'Zix on your matches, keep in mind that this champion is moderately difficult to play in LoL. This Kha'Zix guide will give you also an understanding on how to beat Kha'Zix. The upcoming LoL Kha'Zix Jungle Build is the most popular build picked by many Pros.

Smite are the summoner spells, which fits this LoL Kha'Zix Build the most.

The starter items for the best Kha'Zix Build on patch 12.22 are Emberknife, Refillable Potion, and a

Stealth Ward as the trinket. 47% of all Kha'Zix Probuilds include

Prowler's Claw as the favoured mythic item. As the game progresses, the most popular

Kha'Zix boots by Pros. This Kha'Zix Build will greatly increase your chances to gain LP and to climb the leaderboard in LoL.

Taste Their Fear on

Kha'Zix. As the match progresses, it is best to maximise

Taste Their Fear into

Void Spike and at last

Taste Their Fear is a very strong ability of

Kha'Zix in order to build up a lead and dominate your opponents. The passive is called

Unseen Threat and there is no need to set it manually on a Khazix Build.

The Kha'Zix Evolve Order is

Void Spike by level 11 and

Nearby enemies that are Isolated from their allies are marked. Kha'Zix's abilities have interactions with Isolated targets.

When Kha'Zix is not visible to the enemy team, he gains Unseen Threat, causing his next basic attack against an enemy champion to deal bonus magic damage and slow them for a few seconds.

The Void grows, and the Void adapts—in none of its myriad spawn are these truths more apparent than Kha’Zix. Evolution drives the core of this mutating horror, born to survive and to slay the strong. Where it struggles to do so, it grows new, more effective ways to counter and kill its prey. Initially a mindless beast, Kha’Zix’s intelligence has developed as much as its form. Now, the creature plans out its hunts, and even utilizes the visceral terror it engenders in its victims.

Besides the Kha'Zix build you can select a skin for Kha'Zix. The best Kha'Zix skins you can find below. 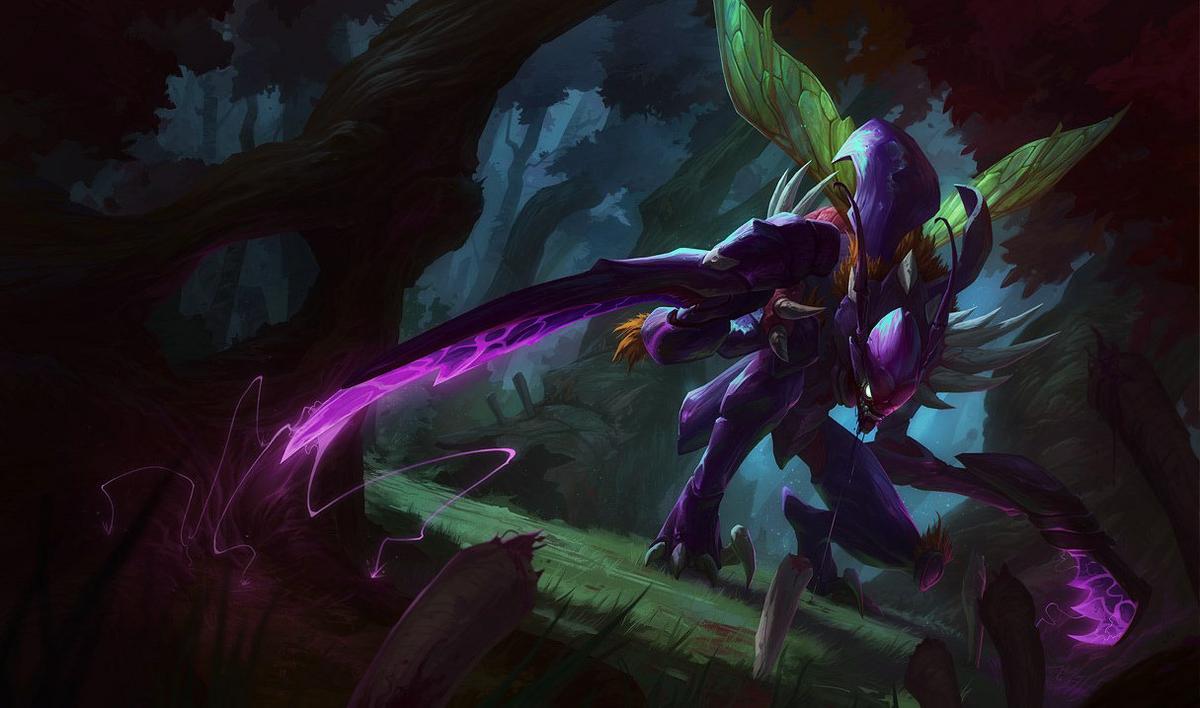 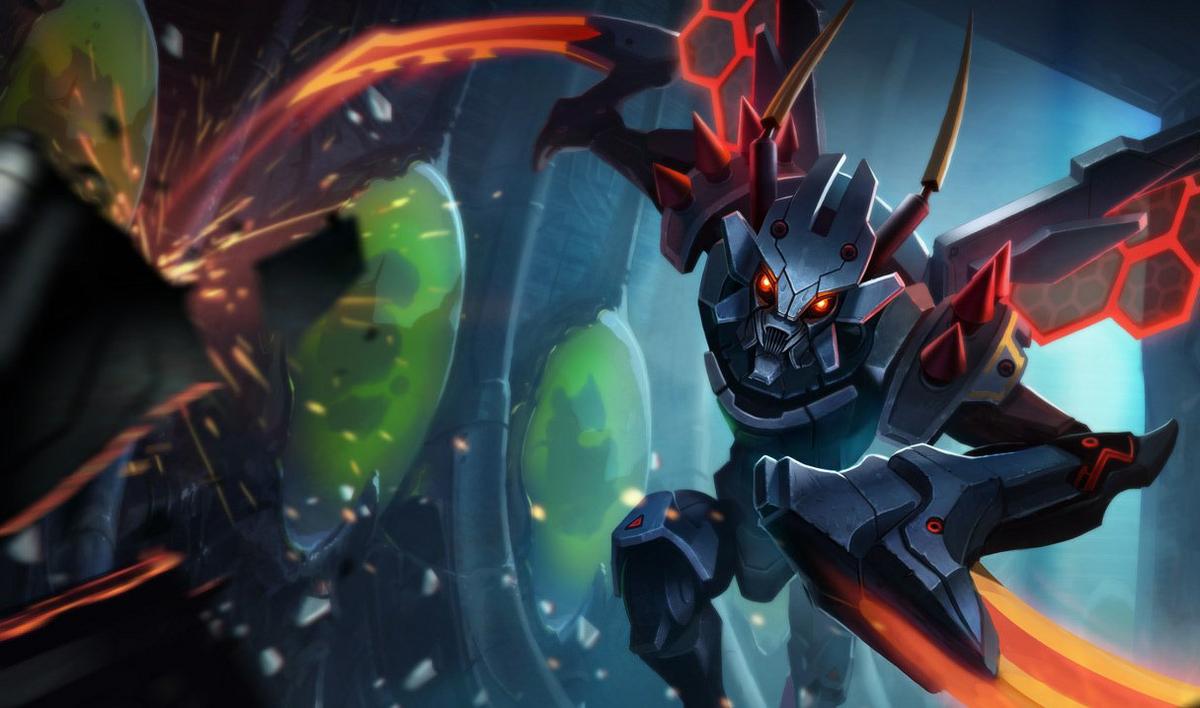 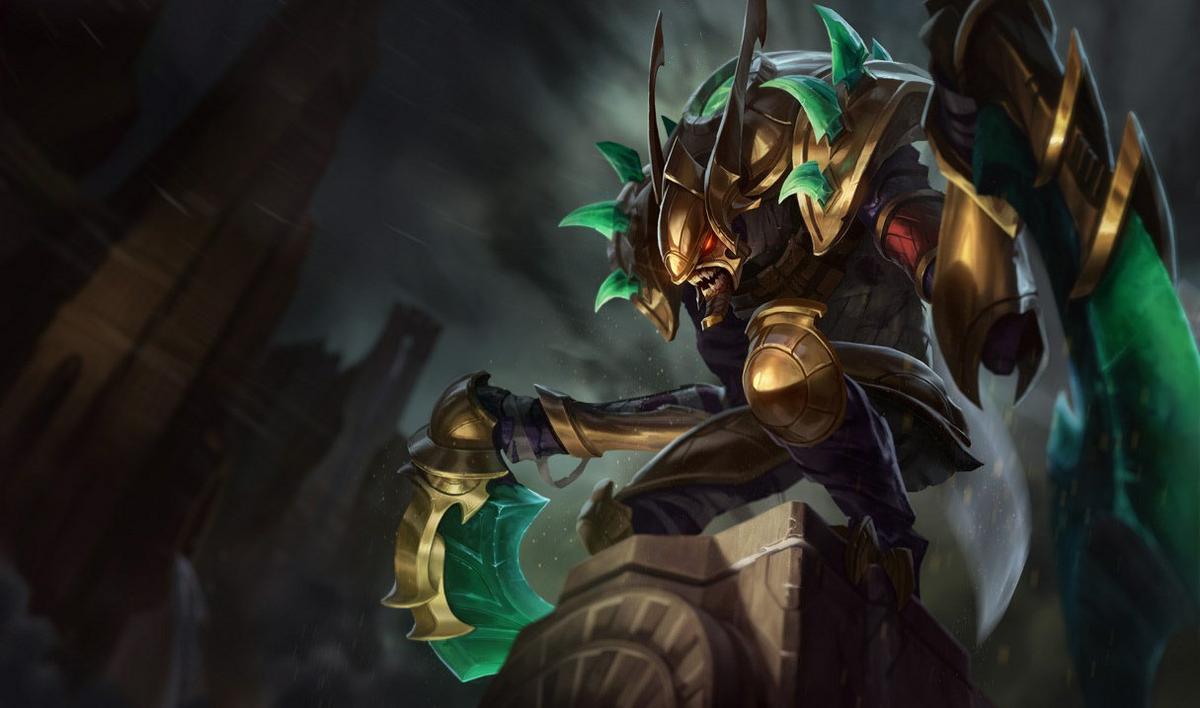 Guardian of the Sands Kha'Zix 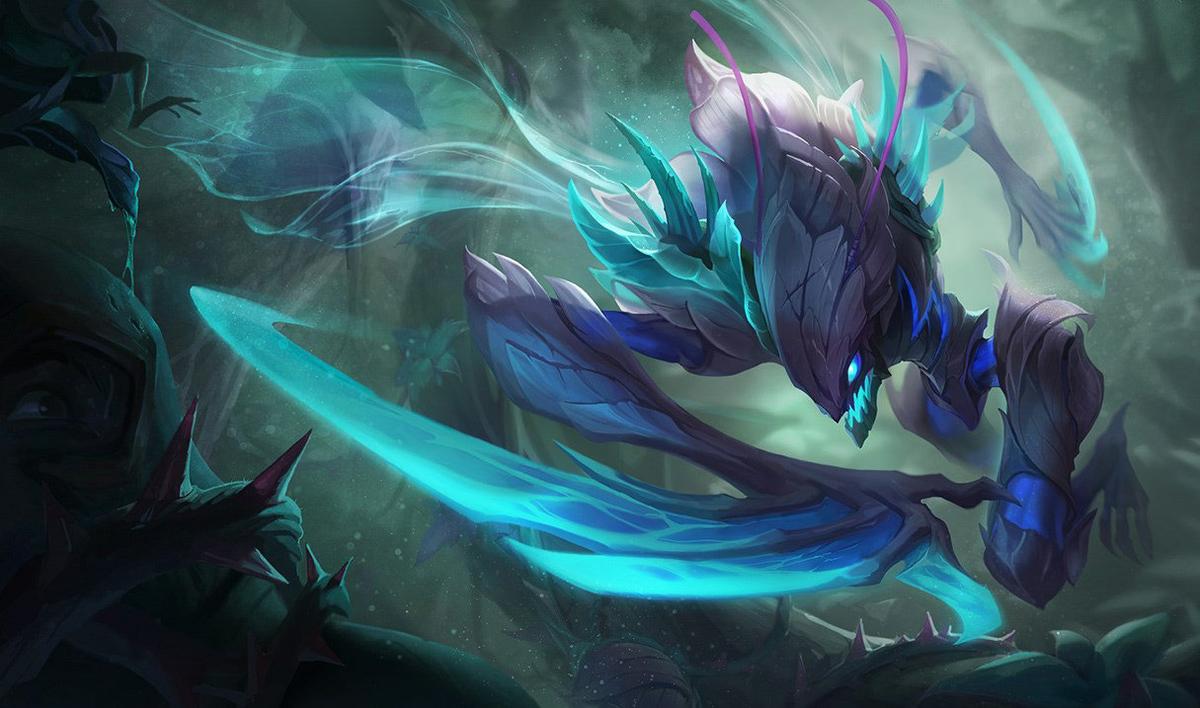 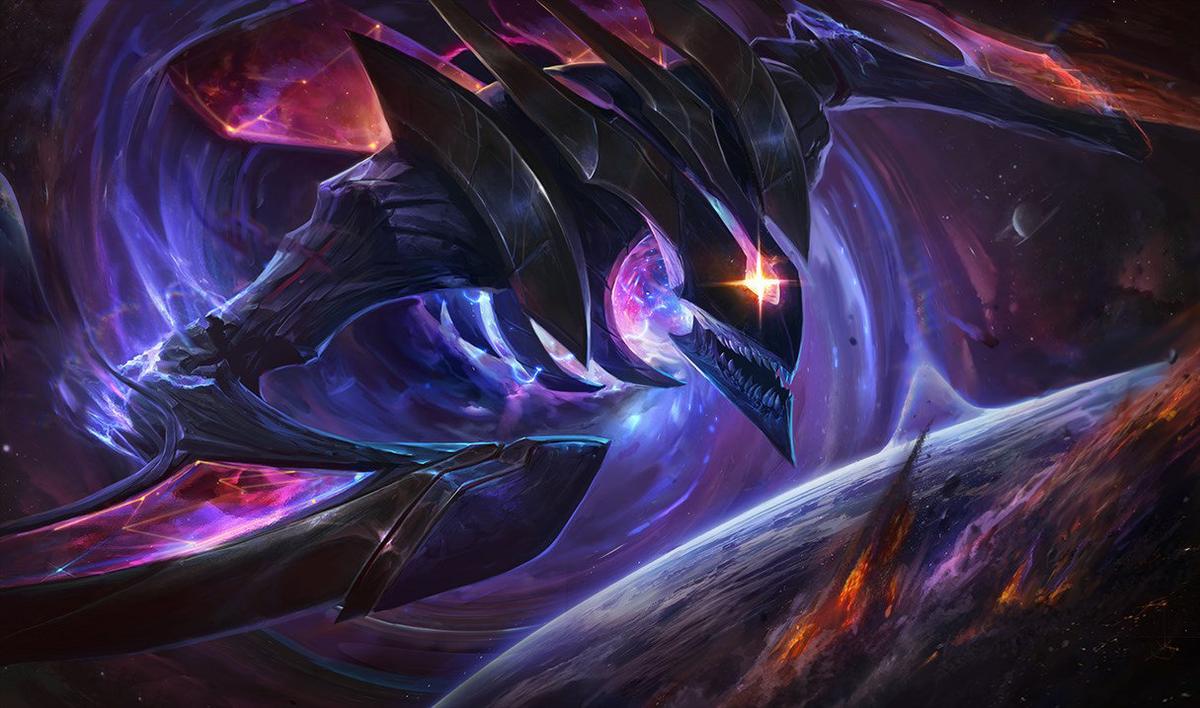 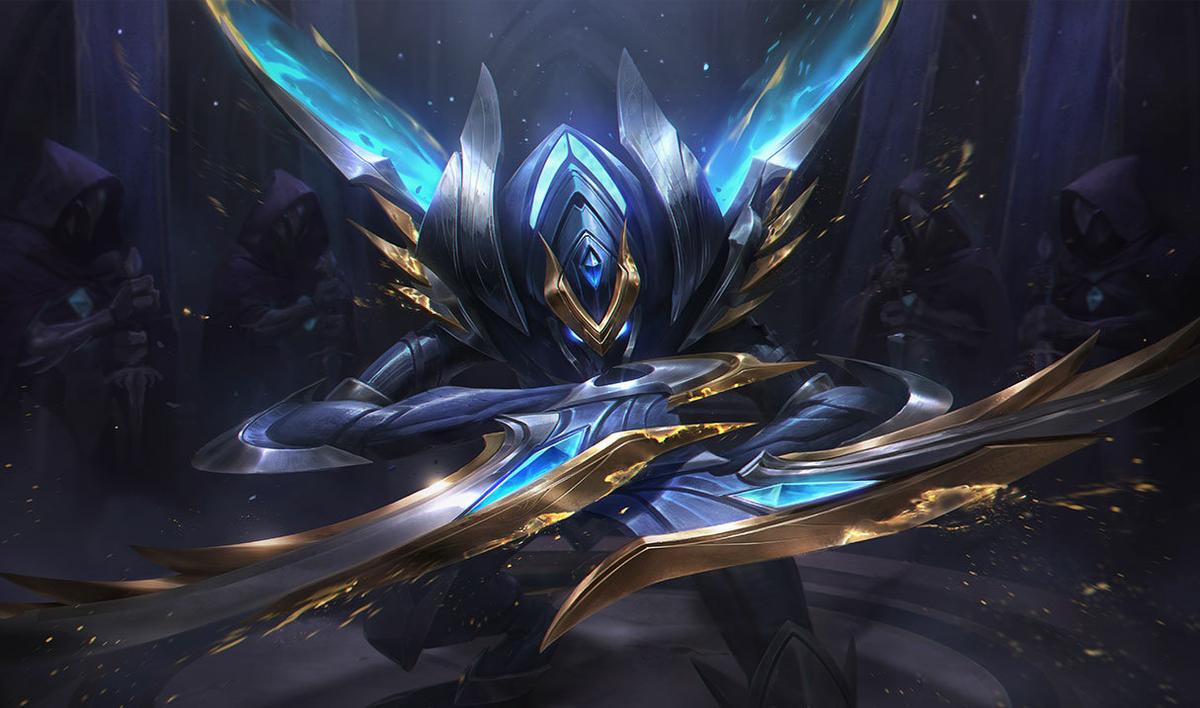 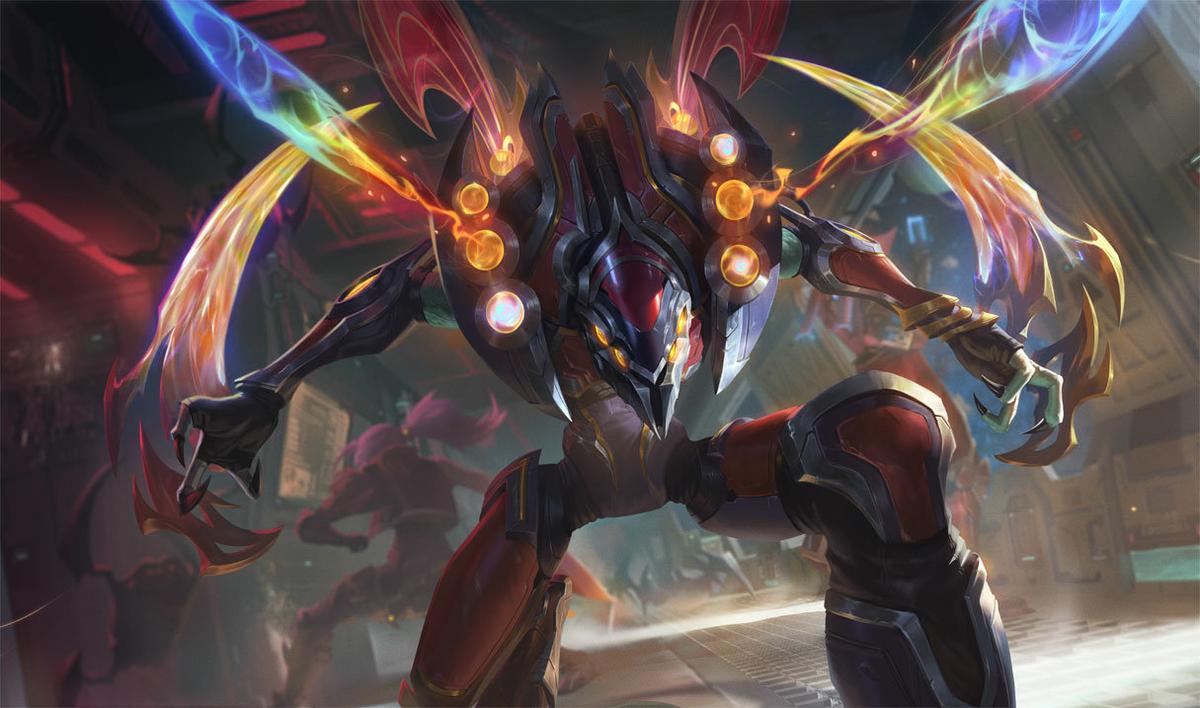